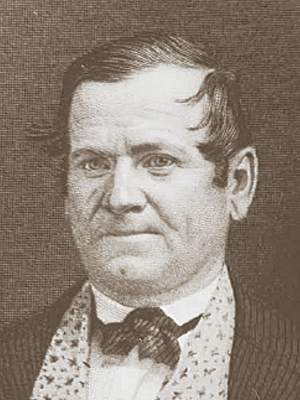 While Orson Hyde was preaching at Preston’s obelisk he was delighted to find a receptive crowd wanting to hear more about infant baptism not being necessary.

“Elder Hyde preached in the market-place to a numerous assemblage, both rich and poor, who flocked from all parts ‘to hear what these dippers had to say.’ After he was through with his discourse I gave an exhortation, and when I had concluded a learned minister stepped forth to oppose the doctrines we advanced, but more particularly the doctrine of baptism, he being a great stickler for infant baptism.

The people thinking that he intended to offend us, would not let him proceed, but seemed determined to put him down, and undoubtedly would have done so had not Brother Hyde interposed and begged permission for the gentleman to speak; telling the congregation that he was prepared to meet any arguments he might advance.

This appeased the people, who listened to the remarks of the reverend gentleman, after which Brother Hyde spoke in answer to the objections which had been offered, to the satisfaction of nearly all present, and the minister appeared somewhat ashamed. Some of the people hissed at him and told him not to do the like again.   One individual came up and asked him what he now thought of his baby baptism; when another took him by the hand and led him out of the throng.”

This desire to listen may be a result of the fact that 50% of all children under the age of five would die.