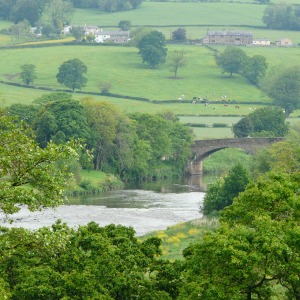 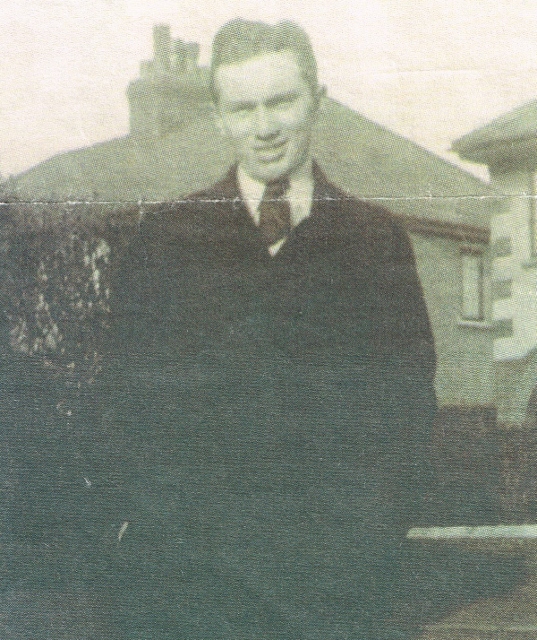 In June 1933 Elder Gordon B. Hinckley arrived in Britain as a young missionary.  The first area he was assigned to was Preston.  On the day of his arrival his companion, Elder Kent S. Bramwell, announced they were going to hold a street meeting in the Market square.   Elder Hinckley felt overwhelmed by such a prospect and declared “You’ve got the wrong man to go with you.”    Nonetheless, that evening the two of them were singing, preaching and bearing testimony.  Elder Hinckley recalls:

“I was terrified.  I stepped up onto that little stand, looked at that crowd of people, and wondered what I was doing there. They were dreadfully poor and looked to have absolutely no interest in religion.”  (Dew)

It is humorous yet inspiring to read that someone who became so noted for his gift of public speaking had such humble beginnings.  It also seems most appropriate that our Prophet and President should have his first missionary experiences in the same place the banner of truth had first been raised some 96 years earlier.

In 1933 the square was then graced with the grand Town Hall, but the obelisk was absent, being used as gateposts in a home in Woodplumpton. 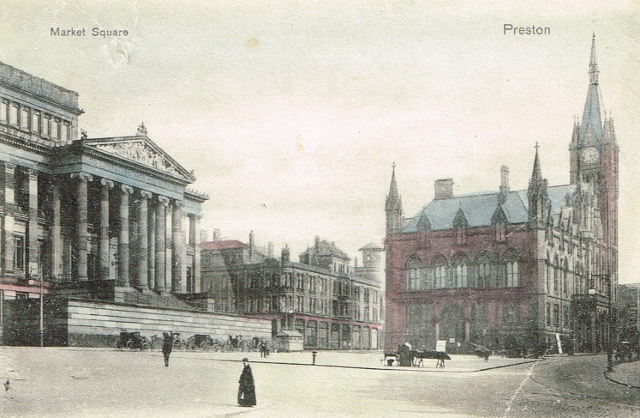 These Then and Now images give a better idea of what Elder Hinckley saw.  In 1947 the grand town hall burnt to a ruin and Elder Ballard, the following year, would have seen just the lower structure as a blackened shell.  The remains were eventually torn down in 1962. 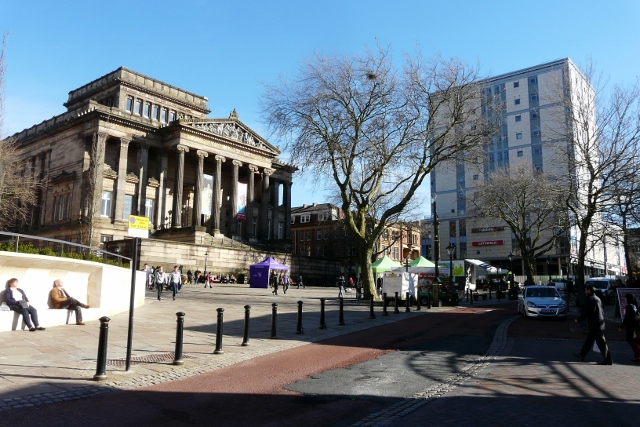